Aquamarine: The Birthstone of March 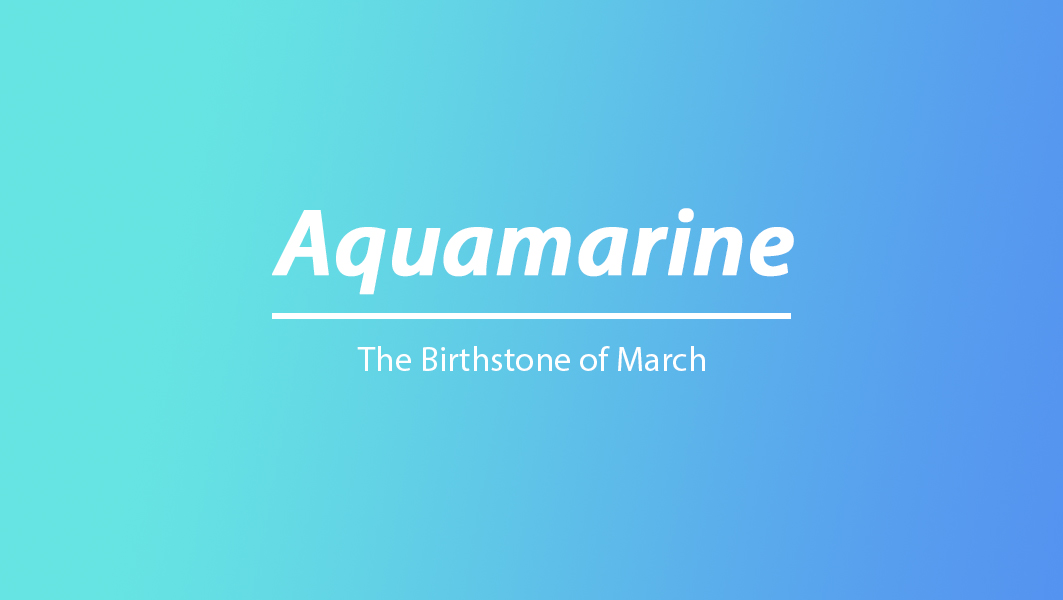 The birthstone for March is Aquamarine. It gets its name from the latin words “aqua”, which means water and “marina”, meaning sea. This is because the stone resembles the colour of the sea.

Here are some more interesting facts about the gemstone!

The leading producer of Aquamarine is Brazil. There are many mines spread all across the country.

Synthetic Aquamarine is sometimes used in jewellery. But the cost of creating it is very high compared to the amount of the crystal produced naturally.

The March birthstone can range in colour from light blue to dark blue to even a green-blue. Light blue is the most common hue. The darker tones are rarer, so are more desirable and have a higher value. Pale blue topaz is often mistaken for Aquamarine. This is due to the colours and properties of the gemstones being almost identical.

Aquamarine is a very hard and durable gem, meaning it’s popular in jewellery. The stone is often used in rings, necklaces, earrings and more. The most popular cut when it’s used in jewellery is the Step Cut, followed by the Brilliant Cut. Rectangular shapes are also common.

It's said that the gemstone can help to overcome the fear of speaking. It relaxes people so they are aware of their thoughts, which allows them to speak with conviction. Additionally, it's believed Aquamarine will help people when in a confrontational situation. They will speak clearly with reasoned words and without anger.

The stone is also said to protect those who travel by sea, as it assists in losing the fear of water. Because of this, it is a good stone for anyone who is learning how to swim.