Garnet: The Birthstone of January 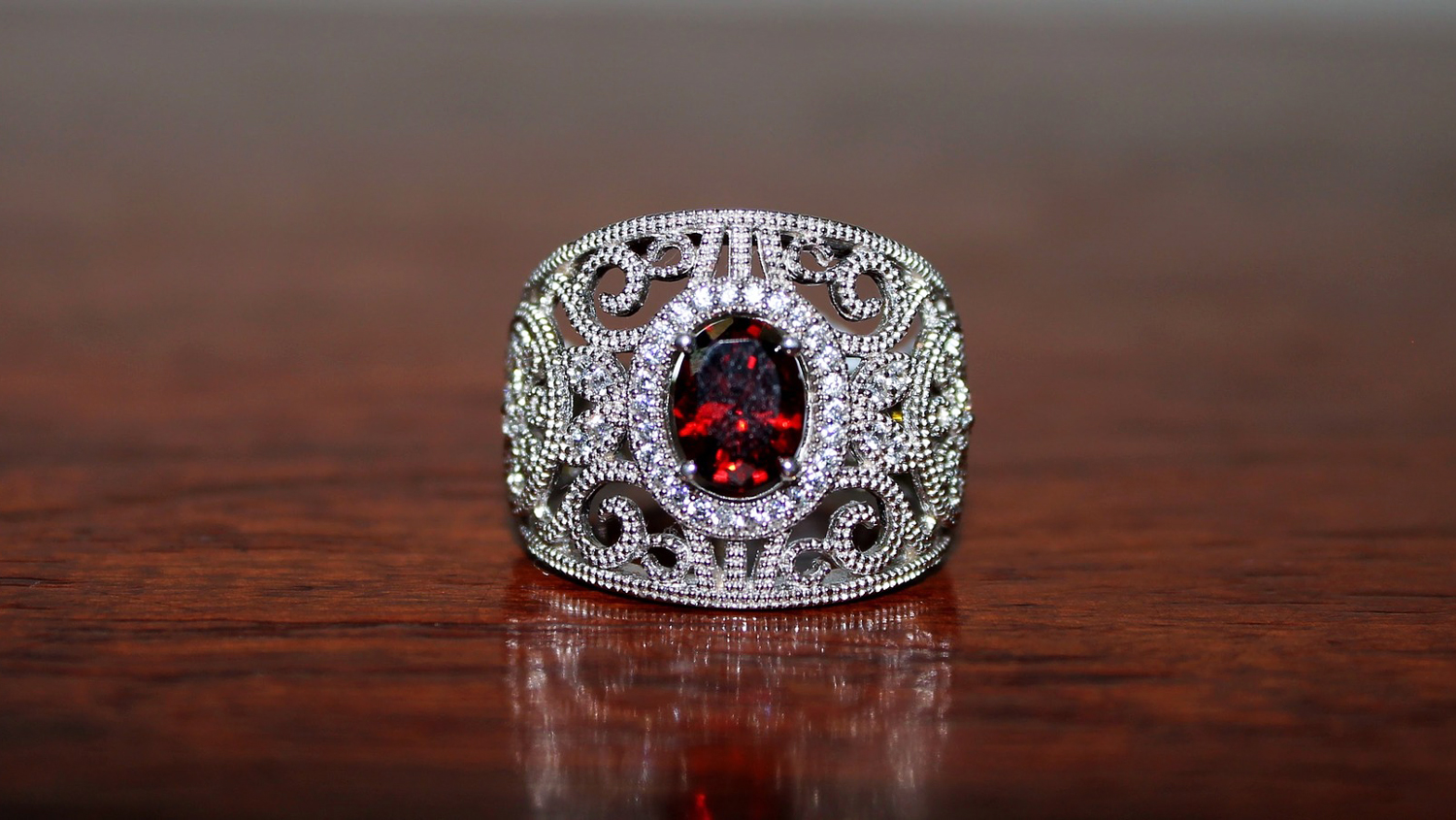 The birthstone for January is Garnet. The gemstones name comes from the 14th Century English word “gernet”, which means dark red.

We’ve gathered some more interesting facts about this birthstone, so let’s get started!

Garnets start off as tiny grains in metamorphic rocks and enlarge over time. As a result of the breaking down of the rocks that contain them, the garnets are then left as small pebbles in streams.

There are many different variations of the stone, so they can be found all over the world. A few countries are China, South Africa, India and the USA.

The gemstone is most commonly red, but can be found in a range of other colours, such as yellow, black and purple. But blue garnets are very rare.

It’s versatile and can be cut in any shape. Garnets can be used in jewellery at a relatively low cost, because it’s quite a common stone and is very durable. So durable in fact that remains of garnet jewellery can be traced back as far as the Bronze Age.

The gems were also very popular with the Romans, as they often used garnet in signet rings. Other references of uses of garnet in history even go back to the Ancient Egyptians. They used the stone as inlays in their jewellery and carvings, as they believed it was the symbol of life.

Garnet is now said to symbolise peace, prosperity and good health. It has even been said to have the power to give the wearer eternal health, wealth and happiness.

Legend says that garnet lights up the night and can also protect their owners from nightmares. Travellers have carried garnets for a very long time. It's believed the gemstones protect them against having any accidents far from home.